Seven Lakes began in 1971 when Fred Lawrence bought 1,200 acres of land after having a vision for a community while in the area quail hunting. This land would one day be known as Seven Lakes North and South. Lawrence and Longleaf Inc. acquired a charter for the two communities and construction began in 1972. By 1973, an additional 400 acres was purchased to build an 18 hole golf course, known today as Seven Lakes Golf Course.

By 1976, Lawrence began acquiring land to the west of the community, including a 5 acre lake. This land would later be known as Seven Lakes West, or Beacon Ridge. Engineers determined that the small lake was fed by 30 to 40 springs, and it was decided that there was a sufficient supply of water to increase the size of the lake. In July of 1979, Seven Lakes West became an official community. The land was subdivided into approximately 200 lots; with the interior lots being sold for $10,000 and and the waterfront lots being sold for $35,000 to $50,000.

By 1986 the dam for Seven Lakes West completed. The lake finally reached maximum capacity in 1994, after taking nearly 8 years to fill. Filling may have taken longer, but several hurricanes in the later years aided the rise of the water level. The lake was named Lake Auman after the T. Clyde Auman, the local farmer, peach grower and former state legislator, who sold much of the Seven Lakes West land to Lawrence.

The remainder of the Seven Lakes West land was acquired from Billy Johnson. Johnson Point is marked in his honor.

Seven Lakes ironically does not have seven lakes. It actually has nine or ten lakes and is separated into three gated communities. Lake Echo and Lake Sequoia are the largest lakes in Seven Lakes North. The North offers the use of lakes for swimming and boating, community swimming pools, tennis courts and horseback riding. Seven Lakes South features a country club and 18 hole golf course. Seven Lakes West, or Beacon Ridge is the newest of the communities, featuring Lake Auman, the largest of all the community lakes. The West features an 18 hole golf course and two community pools. It was voted for inclusion in “America’s 100 Best Planned Communities,” by Where to Retire magazine. 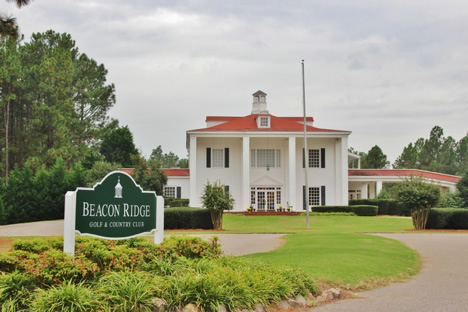 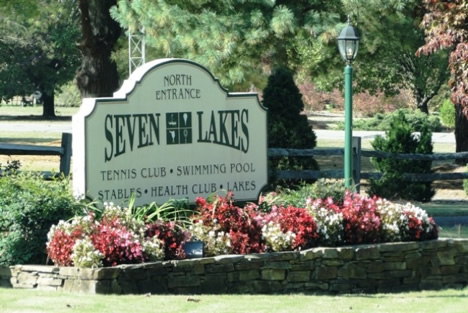 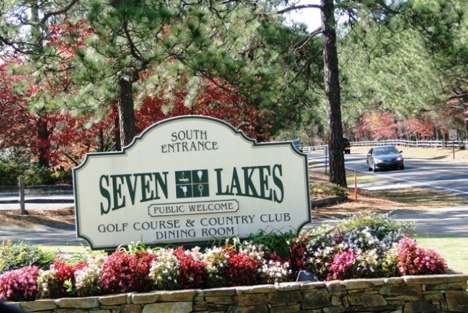